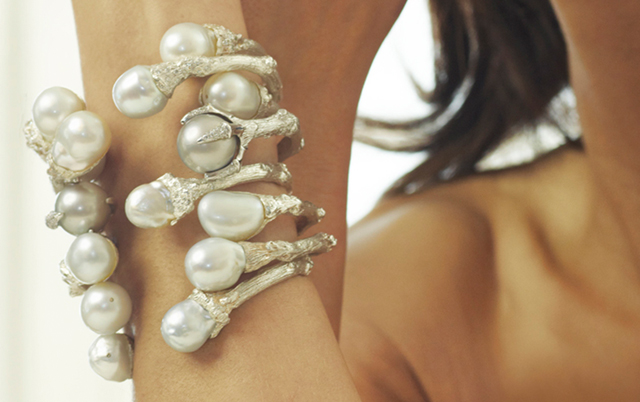 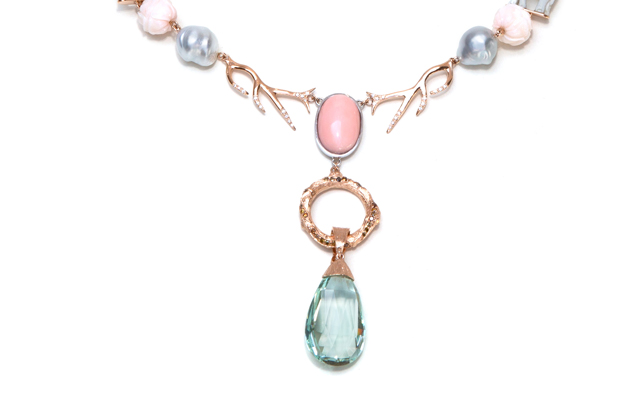 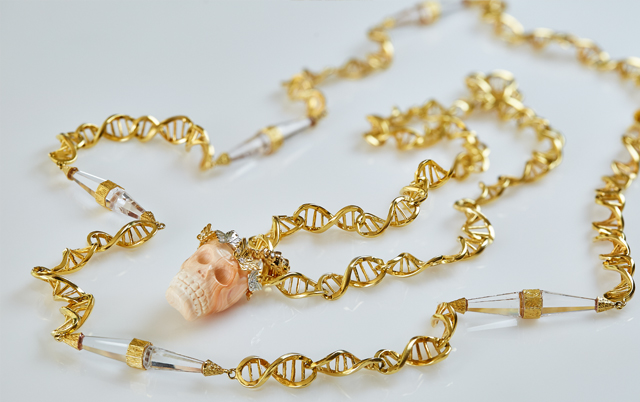 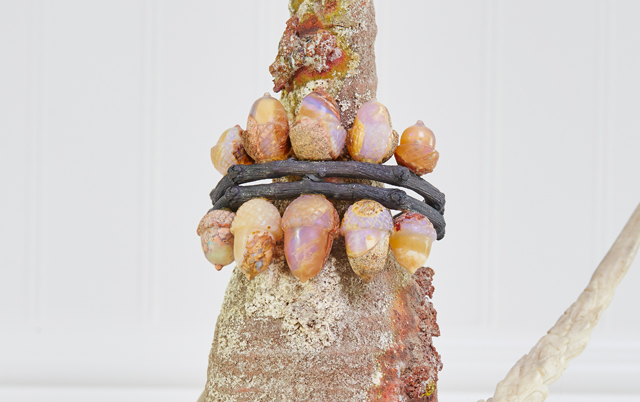 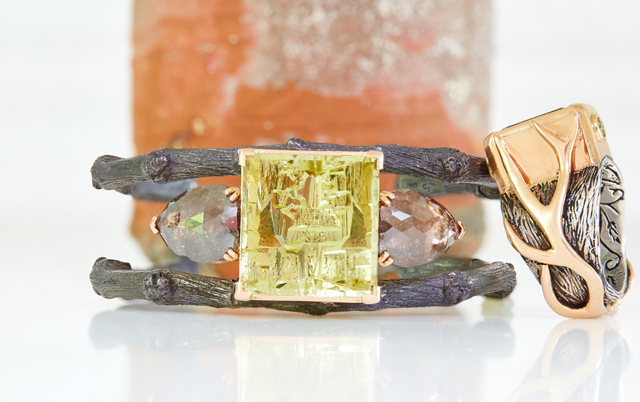 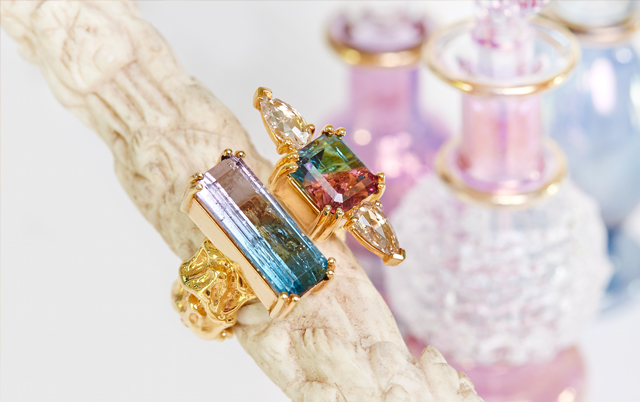 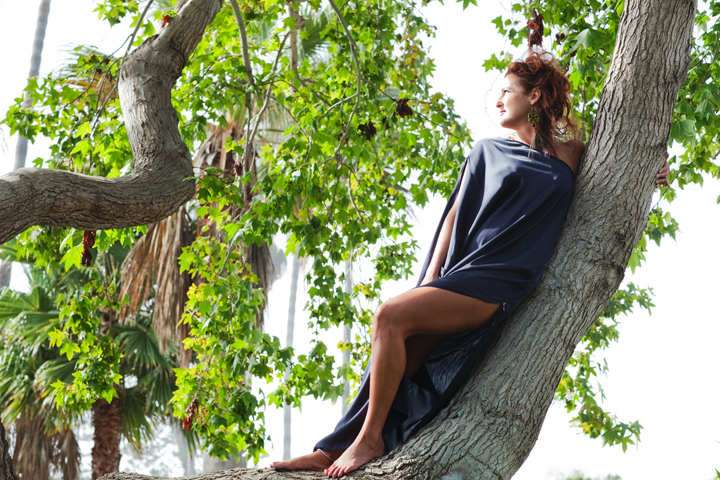 Who is K. Brunini

Katey Brunini creates fine jewelry that embodies the power and grace of nature. Whimsical and poetic, Katey’s signature collections include: Twig, Vertebrae, DNA, Skipping Stones, Spider Web, Objects Organique, Spirit Animals and Body Armor. Her jewelry is made with poetry laced in its shapes. Katey’s talents have long been recognized across the industry. Katey has received the Women’s Jewelry Association Award of Excellence in Design, the American Gem Trade Association’s Editors’ Choice Spectrum Award, the International Pearl Design Competition Award, the MarCom Platinum Award for website design, and many other honors. In addition, the San Diego City of Hope named her their Ambassador of Hope. Katey’s jewelry has been featured in the San Diego Museum of Natural History, Carnegie Museum, the Gemological Institute of America’s Permanent Collection, the Headley-Whitney Museum (Smithsonian adjunct), as well as Art Basel Miami. Katey launched her jewelry design company, K. Brunini Jewels, in 1998. Her creations pay homage to Nature’s spontaneous wit and organic aesthetic. Based in San Diego, Katey is known for traveling the world to seek both artistic and ethereal inspiration when creating each of her collections. Her collections are made of lasting and beautiful materials—precious metals of platinum, gold and sterling silver. She mixes these with diamonds, pearls and rare gems then incorporates unique elements of wood, bone and antlers to create a raw and refined harmony. Katey’s desire to soak in history, cultures and art forms burned from an early age. She lived in Europe and the Middle East in the 1990s, with her gypsy lifestyle leading her from Belgium to Israel to the Canary Islands. Ultimately, she settled in Sardinia, and later, Sicily. Days were spent canoeing through the outer archipelagos and paragliding over Taormina; nights were spent gazing at constellations—always in search of inspiration for her art. In Catania, Italy, Katey studied the craft of the Sicilian master goldsmiths whose high-karat gold work and ancient techniques are all but forgotten in the rest of the world. The volcanic landscapes of Sicily inspired her raw yet refined style. Katey graduated from University of California at Santa Barbara at age twenty with a Bachelor of Arts in History, and a minor in Art History. In the early 90’s, Katey lived in North Africa and London. During a trip to Egypt, she solidified her passion. Enchanted by the visions of immortality realized by the pharaohs, Katey decided to pursue their most durable legacy…jewelry. A seminar in haute couture design in London would follow, then the Gemological Institute of America, as well as apprenticeships with master jewelers. Prior to starting her own company, Katey spent four years as the custom designer for J. Jessops and Sons eight stores in Southern California. Katey was raised in a small beach community just north of San Diego. Long days in the surf and sand nurtured her appreciation for the tender and brutal extremes found in nature. Defining them in her work continues to be her passion. Katey and her talented team take pride in making timeless pieces of jewelry to be worn and cherished by generations of unique individuals. K. Brunini’s creations adorn celebrities, collectors and world leaders. 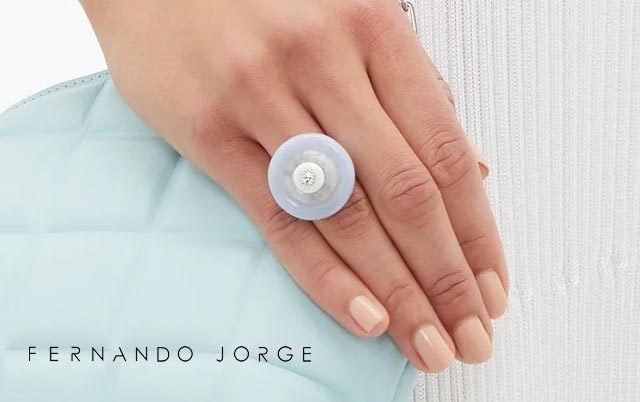 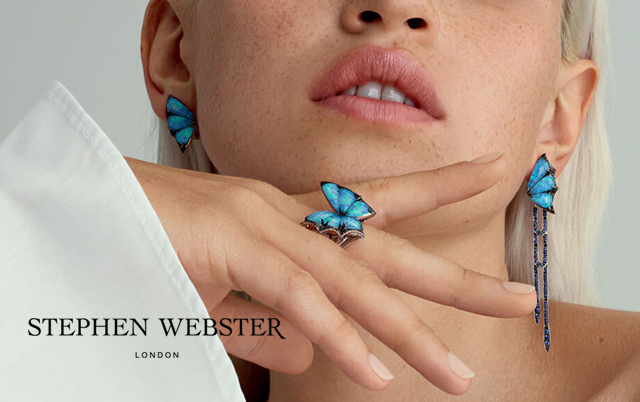 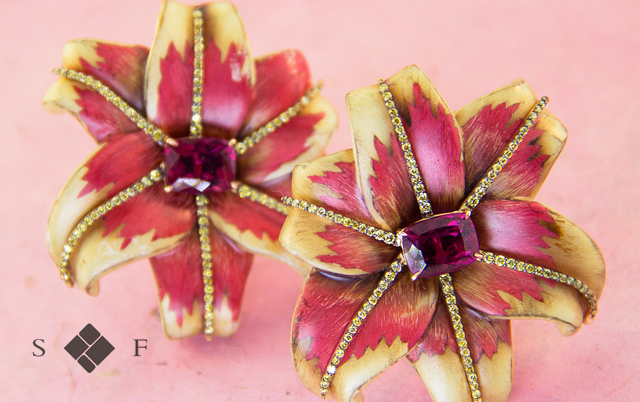 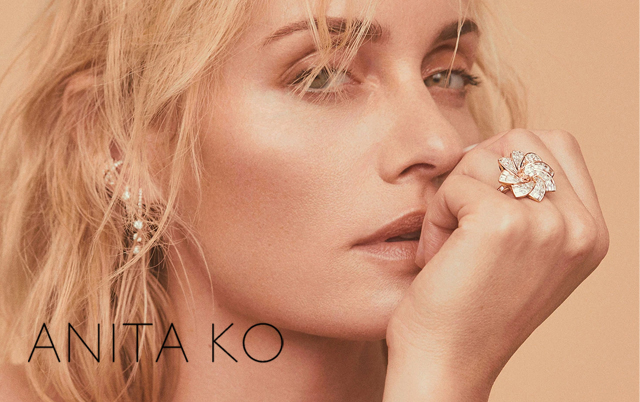 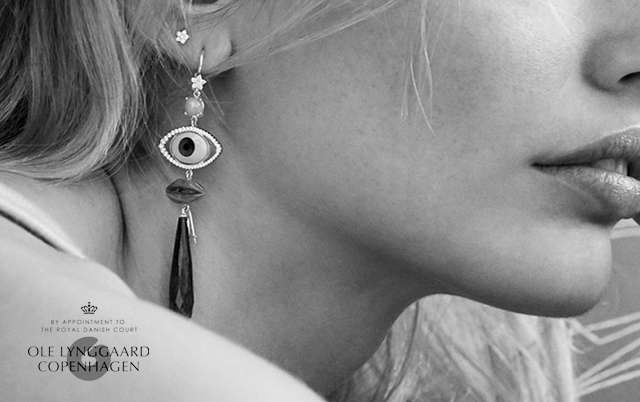 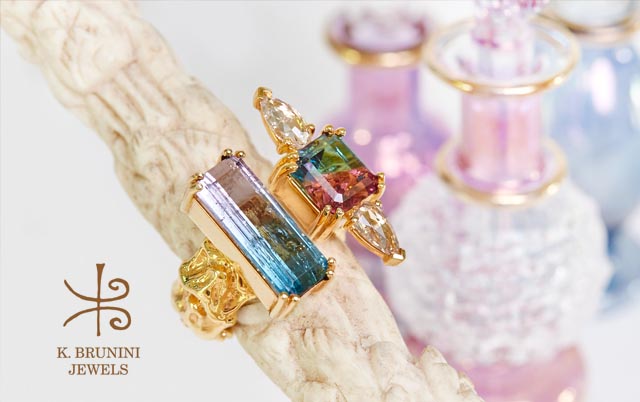 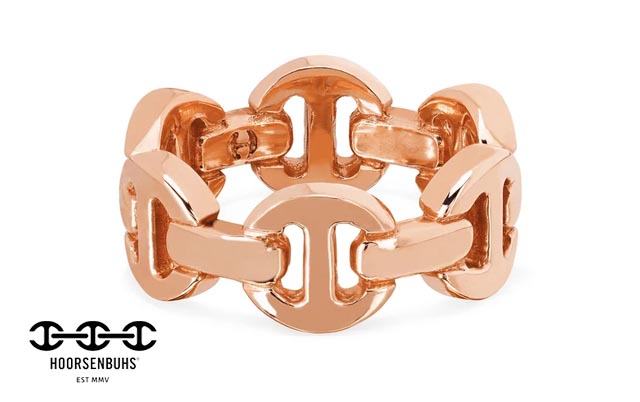 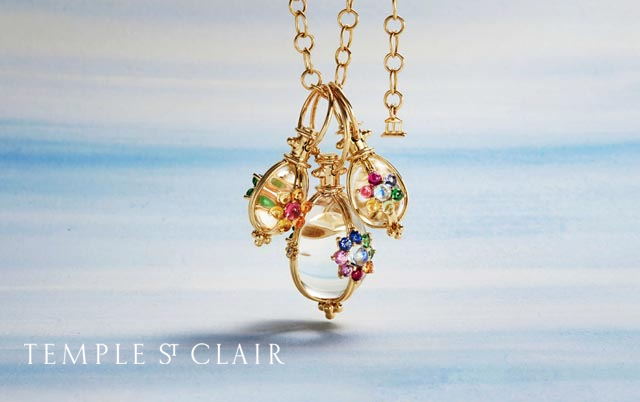 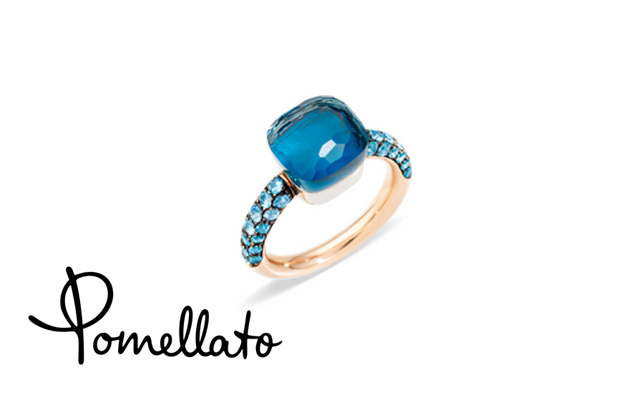 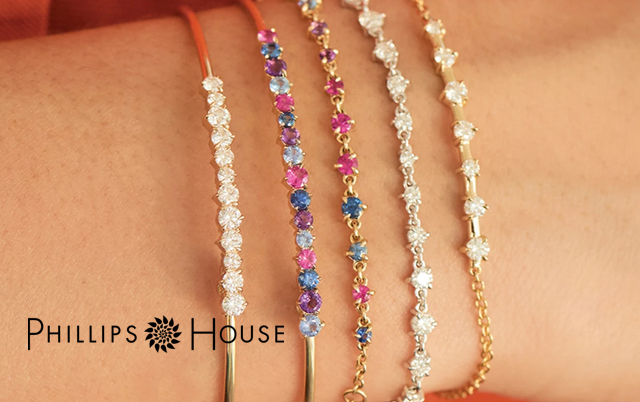 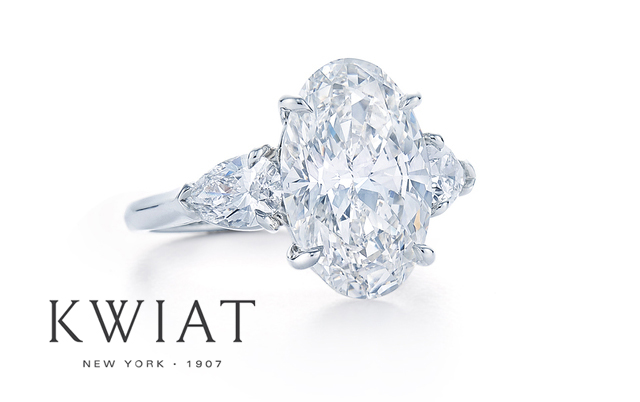 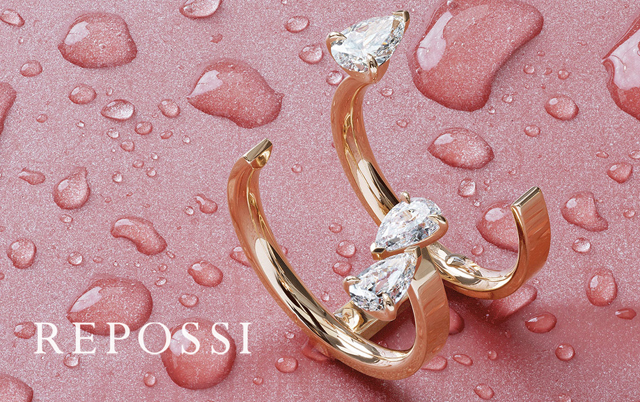